Hand-held Radiation Detectors from ITS 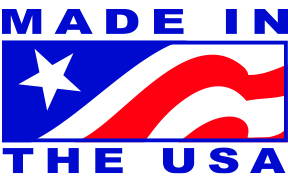 Considering the current global nuclear threat, we are experiencing a drastic surge in orders and inquiries. The current lead time for these products is estimated at 2-3 weeks.

Since 1982 RDX Nuclear has been manufacturing Geiger Counters. As a 50-year member of the Health Physics Society and principal consultant to The RDX Nuclear manufacturing operation, I want to share my profession-al knowledge in selecting a Geiger counter for personal use. Since the Fukushima reactor problem in March, 2011 the number of eBay listings under Geiger counter has escalated from 90 to over 600. There are many new models and manufacturers offering their products on eBay. In your selection process, please consider the following information.

1. Compare the price from the manufacturer and a distributor to the eBay offer. Is this from a private individual who has been listing the item only recently? Also confirm the return policy.

2. Be aware that some prices have been inflated and deflated by as much as several-fold for some units on eBay. Diligent research on your part can save you money.

3. Confirm that the unit has a Geiger–Müller tube (or GM tube) detector, which is the most desirable method to detect radiation. GM tubes offer the best sensitivity. However, some special GM tubes are not very sensitive since they were made for detecting nuclear explosion contamination levels (high levels of radiation). Geiger counters with these special GM tubes are impractical for low detection of radiation or home use.

4. Be aware that a Geiger counter can come with detection of several different classes of nuclear decay:

A. Some units detect all common radiation types such as Alpha, Beta, Gamma and X-rays

B. Most popular Geiger counters detect Beta, Gamma and X-rays
(recommended for non-technical users). WHY? Because the most common contamination release from nuclear accidents is Cesium137 and Iodine 131, and both emit Gamma and Beta radiation. An important consideration about theses class of meters is that the GM tube may be classified as detecting both the Gamma and Beta, but here is the issue. The meter design might limit the detection to Gamma rays, if the GM tube (which can detect Beta and Gamma) is sealed inside the plastic housing with the electronics. The Beta will not be detected, since Beta radiation can not pass through the plastic case. The Geiger counter housing must have slots that expose the GM tube for the Beta radiation to be detected. Gamma radiation readily passes through the plastic case.

C. The third type are units that detect Gamma and X-rays only, which often are least expensive.

5. Confirm if the unit is new or used. GM tubes have a shelf life of two to twenty years. Old used units may work but their performance may require recertification by a lab. A bargain price may turn out to be no bargain. New units are factory calibrated and are ready to detect accurately. Newer units also have more engineering-added-value, since manufactur-ers that have been around for many years have added their experience as to how to make the best and most reliable Geiger counters.

Recertification can cost up to $100 per meter, but this is worth every penny since you will know you have a properly working Geiger counter. Verify the manufacturer of a new meter has performed factory calibration of a unit. If you want a Quality Control certificate with your factory calibration this usually costs about $60 extra from the manufacturer. Expect a delay in getting your Certificate with your meter. Ask the manufacturer what is the accuracy of the meter at the different detection levels of radiation. Accuracy of + or - 20% (typical specification) is acceptable for private use. Some manufacturers add a certificate of recently produced meters. The certificate will state if the accuracy of the Geiger counter is good for the whole detection range. It is up to the buyer to ask these kinds of questions from the seller, because many sellers do not list this information.

7. Find out the GM tube dimensions. A larger tube can detect a larger surface for radioisotope contamination. A minimum size to look for is at least 10mm in diameter and 50 mm long. Inquire if the GM tube is available to purchase in case you need this to repair your Geiger counter. And what is its price? Quality GM tubes cost $30 to $70 each.

8. Plan to have a legal radioisotope source to confirm your Geiger Counter functions properly. Inexpensive sources include Radioactive Fiestaware or Lantern mantles. Certified sealed isotope sources (very safe to own as long as you keep it away from pets and children) can be bought legally by private citizens from several manufacturers. They cost about $100. I recommend a sealed source Cesium 137 at the 0.25 uCi level. You can legally buy a sealed source of Cesium 137 as high as 10 uCi (in the USA). Legal levels vary in each country. Be aware of all regulations in your country before buying.

9. Learn the difference between a Geiger counter and dosimeter. Some links are:

I hope this information is helpful to you.

Member of these science organizations: